Home Featured Products
You're using an older browser that we are unable to fully support. Your experience with our site may be less than optimal due to our focus on performance, security and reliability. Consider upgrading your browser if you have problems using our site. Learn More

RATINGS
Free shipping over $299
To ensure your complete confidence, every package we ship is fully insured and tracked, with a signature required upon delivery. Orders over $299 ship for free! Orders below $299 ship for only $19.95.
Best price guarantee
If you find a lower advertised price from an authorized bullion dealer, we will match that all-in price (including applicable fees and shipping costs) and offer a better experience. To receive your price match, give us a call during business hours. Please be advised, we can only offer the price match before your order is placed. 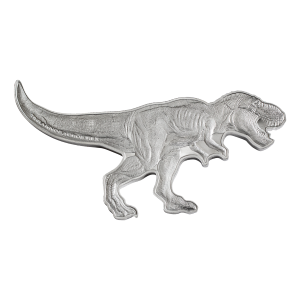 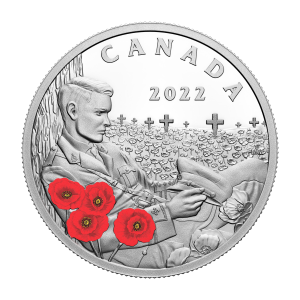 as low as
Top Pick 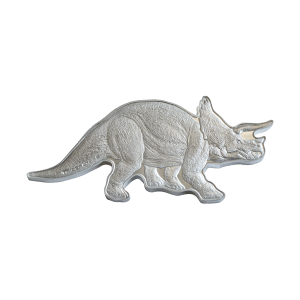 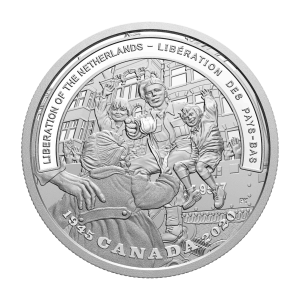 "We win when we work willingly."

The Royal Canadian Mint's Second World War: Battlefront series ends with a special tribute to all the Canadians and Newfoundlanders who fought on the battlefronts of the world, and to those who supported their efforts from the homefront. Victory requires sacrifices of many kinds, and that's what this intricately engraved design represents. The bold "V" and the flaming torch from the 1943-45 Victory Nickel are echoes of our past and express a desire to never forget. Completing the maple leaf-shaped arrangement are the geometric forms that represent the different backgrounds (cultural, ethnic, linguistic) of the men and women who served, as well as their contributions to victory 75 years ago.

A stunning coin design that commemorates Victory in Europe. An ideal gift for a military historian. Order today.

INCLUDES SERIALIZED CERTIFICATE: The Royal Canadian Mint certifies all of its collector coins.

Set against a sunburst, the reverse design by Canadian artist Jamie Desrochers offers a modern take on the 1943-45 Victory Nickel designed by Thomas Shingles. The original "V" for Victory and the torch symbol of sacrifice have been updated to represent the new generations who are carrying the torch of remembrance on the 75th anniversary of the end of the Second World War ("1945" and "2020"). The two maple leaves from the wartime coin play a larger role in this design, where a large maple leaf in the background subtly unifies the maple leaf-shaped arrangement of geometric shapes. The forms represent different peoples, races, cultures and the varied backgrounds of the men and women who contributed to the Allied victory in 1945. The obverse features the effigy of King George VI by T.H. Paget and a Victory privy mark.

"This coin gives you the best our engraving techniques have to offer today. With its symbolic torch, the Victory Nickel is one of our most recognizable commemorative circulation coins. I decided to take its statement literally, and create a legacy of remembrance that can be passed on to the next generation. My hope is that future generations will pick up the torch that was handed down by Thomas Shingles and entrusted to me for this brief moment, and that they will someday make it their own." Jamie Desrochers: Artist

ABOUT THE ROYAL CANADIAN MINT 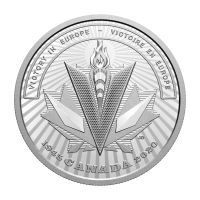